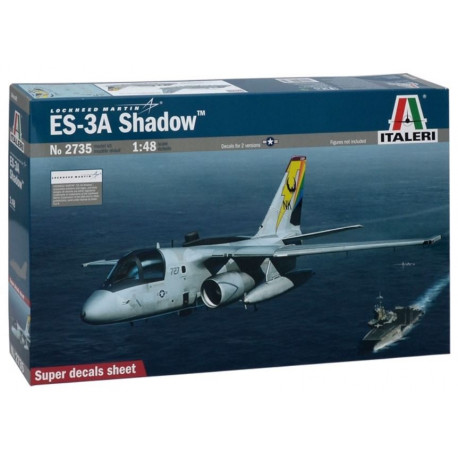 The ES-3A Shadow has been derived directly from the famous twin-engines anti-submarine Lockheed S-3 Viking.

It was designed as a carrier-based, subsonic, all-weather, long-range, electronic reconnaissance aircraft with the specific purpose to replace the aging EA-3B Skywarrior starting from the beginning of '90s.

Basically the ES-3A was developed on modified S-3A where an extensive set of electronic and modern sensors and communication tools replaced the submarine detection and maritime surveillance equipment.

The new operating configuration has not changed the flight performance of Lockheed airframe.

The ES-3A has in fact a good flight range and it is very reliable.

Such features are very appreciate for its new mission profile to support the U.S. Navy fleet in the tactical communications of the various units of the battle group.